June 27, 2013
This year I entered the MWR Challenge 2013 and won a place at Hackfu! Unfortunately, I was unable to attend due to a scheduling conflict, but I did still get a free T-shirt. I had a blast completing the challenge, and thought I'd share my solution.

There is a great narrative that accompanies these challenges, but I'll not mention that here so as to not give away any spoilers!

Using Autopsy, a GUI for TSK (The Sleuth Kit), it was possible to recover deleted files on the image. A file called old-zip was recovered. This zip file contained a TrueCrypt volume called truecrypt-volume-old. This volume can then be mounted using the password "password1". Unfortunately, this volume is empty aside from a text file suggesting that you find a way to use this volume to your advantage.

Autopsy was used again, but this time to forensically analyse the mounted TrueCrypt volume. You will need to run Autopsy with Administrator privileges to do this. Deleted files required to complete the remaining challenges were recovered. 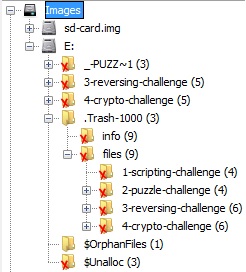 Several deleted text files were also recovered from the "files" directory. There were instructions, in "start-here_your-orders.txt" on how to complete the challenges. Upon completing each challenge you are provided with a fragment of the passphrase needed to decrypt the "epilogue-crypt.txt" file. The first fragment is at the top of the "start-here_your-orders.txt" file - "WNzr7BaH-y7_".

I wrote a Perl script to brute-force the key. pi.txt contains pi to 100,000 places and was downloaded from the University of Illinois' website. Some massaging was needed to remove spaces and new lines. The script below attempts to decrypt the file using incremental offsets of pi until the file output is a zip file.

The script found that the key was 9679 and wrote the decrypted zip file to disk. The zip file contained a text file that contained the second part of the passphrase needed to decrypt "epilogue-crypt.txt" - "-Y2j_Q4EQdtJ".

You are given the following message:


You are told that if you can discover how it ends and the result then you will be able to decrypt a zip file in the same directory.

Searching for the message in Google yields many search results relating to chess. It appears that the message is written using chess notation and the aim is to find the moves that will complete the game.

I found a chess board editor online and entered the chess moves. I played out the game and the remaining moves are Qf6+ Nxf6 Be7. White sacrifices his Queen, but wins by using his remaining knights and bishop to put black in checkmate. This series of moves is known as the immortal game and appears in the film Blade Runner.

We can now answer the two questions. How does it end? "Be7". What was the result? "checkmate". Therefore, the password to decrypt the zip file is "Be7checkmate". The decrypted zip file contains a text file with the next part of the passphrase - "De3qUNa_AU-F".

Using the free version of IDA I was able disassemble the executable. I won't go into how I specifically reverse engineered the program. Instead I'll explain at a very high level how it works and leave it to the reader to compare my explanation to the disassembled code.

The bytes at these locations are:

Taking these bytes as ASCII representations of characters they become:

Where ' ' is a literal space. Rearranging the characters so that they are sequential gives:

Running the program with this argument gives the expected success message, so we have the password to decrypt the zip file now.

The decrypted zip file contains a text file with the next part of the passphrase - "Tao_JE-Y7F6w".

You are given three files. The first is an encrypted zip file, encrypted.zip. The second is an encoded note, hidden-ink-message.txt.
The third file is a book written in a strange language, unknown-book.txt. You are told that it is impossible to decode, but seems that the language uses a western alphabet and that numbers seem in the normal order. Anyone with a basic knowledge of cryptography will notice the repeated string "Oqvesai" and realise that the algorithm used to encode the book is likely a substitution cipher.

We know that this is a book, so the repeated string, "Oqvesai", at the beginning is likely to be the word "Chapter". Therefore, o=c, q=h, v=a, etc. Using substitution cipher cracker I was able derive the substitution alphabet and decode the book, which was The Hound of the Baskervilles.

Once the book has been decoded we shift our attention to the encoded note. The note contains groupings of numbers in the form:

I guessed that the book would play a part in decoding the note and thought about how the numbers could relate to that. It didn't take long to realise what the numbers meant:

The book needs to be divided into chapter files called 1.txt, 2.txt, etc., all blank lines deleted, the chapter heading (not the chapter title removed), and the encoded note stored in encoded.txt for the script to work. The script isn't perfect, but is sufficient to decode the note and learn the password to decrypt the zip file.

Note that the site referenced to perform the substitution cipher converts everything to upper case. The password is case sensitive, so I had to try every combination of upper and lower case to find the correct password. Thankfully, the password contained all lower case character, so I got it first time.

The final password to decrypt the zip file is "sqcrfrtavsthzbtfghcpemkz".

The zip file contains two public RSA keys and an encrypted message. Somehow we need to derive the private key to decrypt the message from the two provided public keys.

I failed to keep a record of my exact steps to calculate the shared prime numbers and generate the private key to decrypt the message, but I did find the Sage Virtual Machine very useful in calculating the greatest common denominator (i.e. the shared prime number) between the two public keys. I also found this RSA-cracking puzzle incredibly useful in helping to understand the problem. There is also a service to generate a private key based on two prime numbers.

When the message is decrypted the final part of the passphrase is revealed to be "-6LcwSz_E3FB".

The final part of the challenge was to decrypt the file epilogue-crypt.txt. With all the parts of the passphrase this was trivially done with the following command line:

Popular posts from this blog 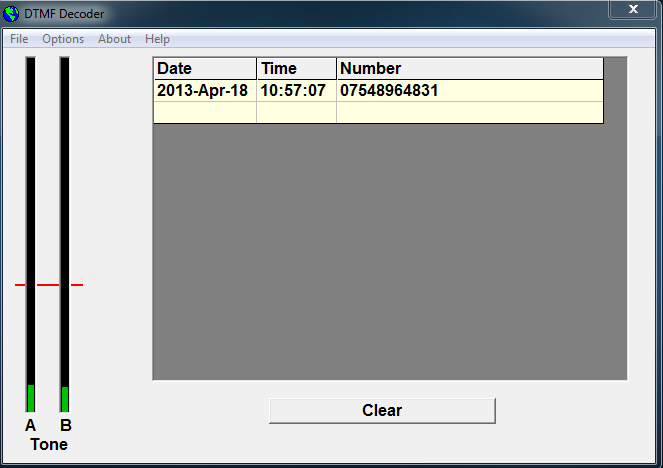 Another BSides London 2013 challenge! I didn't enter as I had already managed to get my hands on a ticket at the time this one was released. I did, with the help of some colleagues, complete the challenge to fill some spare time I had at the weekend. There was no back story associated with this challenge. You were simply provided with a PDF document , and told to follow the clues until you came across a secret code, a subject line and an email address to which these could be sent . I should also add that although this post shows the most direct route to the final answer, we did find ourselves following a few red herrings and banging our heads against a few proverbial brick walls. Stage 1: The text of the PDF document give clues as to how to complete this stage. Within the seemingly random text is this string: guvfgrkgvfwhfgnqvfgenpgvbasebzgurernypunyyratr When decoded using ROT13 this becomes: th istextisjustadistractionfromtherealchallenge There is also thi
Read more

January 31, 2018
I love getting root. I also love looking for other people getting root. What I don’t love doing is telling how they can stop other people from getting that sweet sweet root. I know I’m not alone but unfortunately this is what gets many InfoSec folks paid. InfoSec folks have to explain to lay people how to make things more secure in a way that is easy to understand. For many this doesn’t come easily. Your root can be the sweetest root, but if you can’t explain to others why and how it needs to be fixed then you’ve arguably failed as an InfoSec professional.  I’ve recently been in this situation. I’ve needed to justify to senior leadership increasing the minimum password length for Active Directory domain from the default 8 characters to 14. This was a tough sell because users don’t like long passwords. They’re considered harder to remember and a pain to have to enter every time they want to log in. To make this seemingly bitter pill easier to swallow, I also recommended that the maxi
Read more